How the American Causes Alzheimer's Disease. 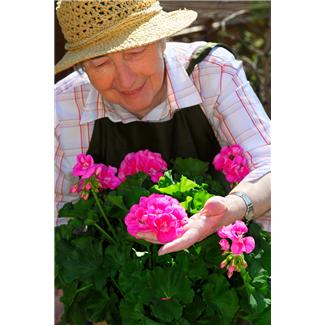 This Alzheimers Diet Prevention page is for informational purposes only.  The information listed on this page comes from medical texts, doctors' reports and journals, and is not meant to replace your physician's advice.  If you have any health issues or concerns, please contact your health care provider.

In recent medical literature, there's growing evidence of the Alzheimers diet connection.  On this page, we're going to study the connection between Alzheimer's Disease and the standard American diet:

There are differing causes relating to how Alzheimer's Disease develops.  On this page, we will focus primarily on the role of diet in relation to this baffling brain disorder.

Mounting evidence shows that individuals who follow a diet rich in natural antioxidants and essential fatty acids may actually lower their risk for developing Alzheimer's Disease.

The new science shows that fat intake is critical for the brain. Click here to read an important article about the relationship between low fat diets and Alzheimer's Disease.


Who Was Alois Alzheimer? A Brief History

Before we get started with the Alzheimers diet theme, let's talk a little bit about the history of Alzheimer's Disease.

The name "Alzheimer's" comes from Dr. Alois Alzheimer, a 37-year-old neuropathologist and researcher who first discovered this illness in 1906.   Dr. Alzheimer was bewildered by the frightening dementia exhibited by his 57-year-old female patient.  She exhibited signs of extreme confusion and memory loss.

After her death, there were studies conducted on her brain to increase awareness about this disorder. Dr. Alzheimer discovered amyloid plaques and neurofibrillary tangles in her brain.

Dr. Alzheimer's important research went virtually ignored until the 1960s when more aggressive treatments and observations were made by Dr. Katzman, a neurologist at Albert Einstein University.

Amyloid Plaques Definition: Amyloid plaques are clumps of abnormal sticky, dark proteins that develop within the cortex and the hippocampus of the brain.

Neurofibrillary Tangles Definition: Neurofibrillary tangles are abnormal deposits of a protein called tau that form along nerve pathways inside the human brain. As the tangles increase, the Alzheimer's patient is less able to function normally.


Alzheimer's is Becoming a Worldwide Epidemic

50 million people around the world are affected by Alzheimer's Disease. It is estimated that by the year 2050, this number will be closer to 115 million.

This page lists proven dietary steps and strategies you can take to minimize or even eliminate your risk for developing AD.  Even a person with Alzheimer's Disease can slow the progression of this disease and promote brain health.

Diet plays an incredibly important role in brain health and vitality. Our diets control everything in our brains, from the wiring, all the way down to how we sleep, behave and feel.

The brain is an amazingly complicated organ consisting of 100 billion nerve cells which are linked together through 100 trillion separate pathways.

Our brains house our memories, pains, fears, moods and perceptions of our surroundings.  Our brains compose only 2 percent of our body's weight, but require an astonishing 20 percent of our energy production.

Diabetes damages the brain by making blood vessels hard and stiff.  This damage increases the likelihood of stroke, heart disease, hypertension, and increases the risk for dementia.  Diabetes causes a failure to keep blood sugar at safe levels, which impairs memory and other mental functions in people with Alzheimer's Disease.

Diabetes is a well-known precursor to Alzheimer's. The most important thing you can do for Alzheimers is to control your blood sugar.

Some experts have proven through clinical observations that Alzheimer's Disease may actually be a form of diabetes of the brain. They are now calling it Type III Diabetes.


In Alzheimer's patients, the brain is unable to process insulin normally. With the massive epidemic of diabetes, there can only be a correlating increase in dementia.

Researchers have shown that high blood sugar greatly increases the risk for dementia.  Your Alzheimers diet prevention program should not contain refined sugar.

The Healthy Diet Paradise contains a large database of recipes that do not contain sugar and are safe for your brain.  Click here for more information on a sugar-free diet.

Dr. Perlmutter's groundbreaking book Grain Brain discusses in detail how wheat is related to brain disease.  Grain Brain is a fascinating read, and is currently #1 on the New York Times Best Seller List.

The most important Alzheimers diet connection is related to wheat.  Wheat has been shown to dramatically increase the risk for brain disease.  Click here to learn about wheat and disease.

Natural Supplements for the Brain


Alpha Lipoic Acid: Alpha Lipoic Acid has been receiving a lot of press lately. This tiny molecule can penetrate the brain and prevent free radical damage. Alpha Lipoic Acid increases the effectiveness of other powerful antioxidants already present in our systems, such as Glutathione, and even Vitamins C and E.

In rat studies, ALAs have been shown to protect neurons from free-radical damage. In human studies, ALAs were shown to delay the progression of Alzheimer's Disease. Further investigation for the effectiveness of Alpha Lipoic Acid is currently underway.

B Vitamins: Studies indicate that a lack of B Vitamins cause a sharp decline in cognitive function. Lack of B vitamins can lead to depression. B Vitamins have to be replenished daily because they are released through the urine. Older people need more B Vitamins because they often don't consume the necessary variety of foods. 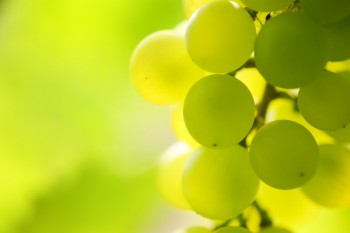 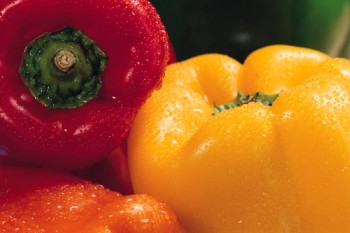 Foods Rich in Nutrients for the Brain:

Alzheimers diet prevention includes deep sea cold water fish. There is a strong relationship between fish consumption and brain function.  Research has shown that in older individuals, the more fish consumed, the higher their cognitive function.

Opt for wild caught whenever possible.  Farm raised fish does not have the essential balance of Omega 3s.   Fish contains essential long-chain Omega 3s, which are essential fatty acids that your body cannot make.

Wild caught salmon is revered by food scientists all over the world for its potent ability to stall aging and prevent cognitive decline.  Since there are 100 billion nerve cells that need EFAs to function, a very safe bet would be to eat wild caught fish, especially salmon, a minimum of two to three times per week.

Click here for our page on the explanation of salmon nutrition.

Chocolate:  Studies done at Harvard have shown that pure cocoa may help our aging brains. Dark chocolate is loaded with antioxidants and helps to increase blood flow to the brain.

Eggs: eggs contain choline which is important for wiring of the brain. The brains of older people suffer greatly when lacking choline in the diet. Other sources of choline are pistachios, cashews, fish, meat and vegetables.

Caffeine: Caffeine is shown to have a strong effect to rid the brain of toxins related to Alzheimer's Disease. In studies done on rats, the rats fed caffeine had fewer Alzheimer's related beta-amyloid deposits in their brains. Caffeine can actually shrink amyloid deposits by suppressing toxins that create damaging amyloids.

Berries: In animal studies conducted by James Joseph, PhD, and Barbara Shukitt-Hale, at Tufts University, they were amazed at the positive impact of berries on aging animals. Berries literally reversed cognitive decline.

Researchers are certain that berries may prevent or delay Alzheimer's by reversing amyloid plaque formation.  Berries contain chemicals that fight the infection Helicobacter Pylori, which might be related to Alzheimer's Disease.  The chemicals in berries may even stimulate the formation of new brain cells.

Green Tea:  Alzheimers diet prevention was most notably proven with green tea.  Green tea is a super food that has an abundance of an important chemical called EGCGs. The EGCGs in green tea protect against Alzheimer's Disease by reducing toxic beta-amyloid generation.

In Japan, researchers found that a higher consumption of green tea lowered the incidence of cognitive decline. The more tea the participants drank, the less cognitive decline they exhibited.

Click here for information on the health properties of green tea.

A Mediterranean diet is rich in whole grains, nuts, vegetables, fruit, fish and red wine.  Greece, Italy and Turkey have a much lower risk for Alzheimer's Disease, cardiovascular disease and cancer.

Alzheimers diet protection should not include excess calories.  A diet high in calories has been shown to increase memory loss and mental decline. Eating creates free radical damage in the human system. Excess eating creates an excess of free radicals, and can lead to oxidative stress to the brain. 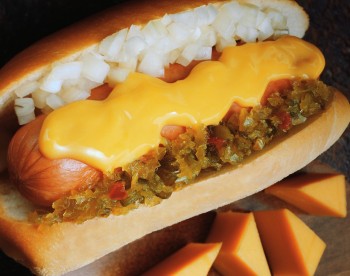 Nitrates: Check all processed meats for nitrates and remove them. It was recently discovered by researchers in 2009 that nitrates found in processed meats may be linked to Alzheimer's Disease.

In a study performed by researchers at Rush University in Chicago, it was discovered that when elderly people ate a diet high in trans fats, they had four times the risk of developing Alzheimer's Disease.

Click here for a full explanation of processed food.

Americans eat five times more Omega-6s than we should. Omega-6s are necessary for our diets, but because of food processing, there is an overabundance. This imbalance is destructive not only to our brains, but to our cardiovascular systems and can even lead to cancer. An overabundance of omega-6s sets off a process of inflammation that is very dangerous to our health.

Jean Carper, author of 100 Simple Things You Can Do To Prevent Alzheimer's explains that eating high amounts of Omega 6s is like "Setting Your Brain on Fire."

Could Alzheimer's Be an Allergy to Grains?

Sleep: For Alzheimers prevention, get plenty of sleep. Elderly people who get at least eight hours of sleep per night have fewer diagnoses of Alzheimer's Disease.

Stay Mentally Active: Keep the brain active through mental exercises such as learning a new language, a musical instrument, or crossword puzzles.

Natural Diet:  There are many benefits to eating a natural diet.  Your brain will thrive well into old age when cared for correctly.