What is Processed Food?
Disturbing New Findings Uncovered by Journalists 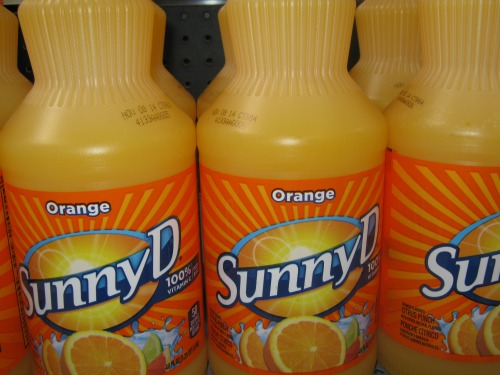 You may have asked yourself at some point, "What is processed food?"  Processed food is natural living food that has been altered from its natural state.  Food manufacturers use heavy machinery and man-made chemicals to enhance the flavor, texture, and to extend the shelf life indefinitely.

At some point, you've looked at a processed food ingredient label and wondered what exactly it was you were eating.  Well, the secret is out.  And the news is not good.  The article below lists the newest science and some disturbing findings discovered by journalists.

Food assembly is so complicated that even food suppliers aren't completely aware of how their food is processed.  During processing, living enzymes that control disease are eradicated from extreme heat.  Powerful flavor enhancers are used to create the illusion of  great taste.

Food is deconstructed and reassembled in a way that your body is not designed nor adapted for.  This is a relatively new process that has only been in operation for approximately 100 years.

The human body was designed to eat living foods.  Occasional exposures to processed food is one thing, but in the United States, heavily processed foods account for 70 percent or more of our diets.

Causing addiction is a scientific sport for food chemists.  It's their job to make absolutely sure you can't stop.  When you're eating processed food of any type, its been tampered with by people who are literally controlling your brain.

Here's a video below that talks about how this is done.  There's even a food executive who left the processed food industry because of the lack of ethics.

Watch The Science of Addictive Foods!

It Used to Be Real Food

What is processed food before it's packaged?  The processed food you're seeing on the supermarket shelves originally came from food, but after chemical processing and heavy machinery, it's created into something entirely different.  Michael Pollan, author of In Defense of Food calls it food-like substances.

In the early days of food processing, highly ethical food suppliers who did not use chemicals did not stand a chance against their food-processing competitors.  The short shelf life of real food created too many problems.  Competitors used chemicals and preservatives in processed foods, which pushed natural food suppliers out of business.

There are over 5,000 different chemicals used in processed food.  This estimated number of chemicals in foods does not include ghost additives that may or may not be harmful.   The peculiar chemical formulations found in processed foods are not recognized by the human immune system.

Many ghost additives used in processed foods have not been evaluated by the FDA, but they're considered generally recognized as safe (GRAS).  Click here for the definition of GRAS.

Food Science is Studied in Universities

Food scientists go to well respected universities to study the science of food as it relates to the human brain.  The goal is to create food that has a specific effect on human behavior.  The objective is for the food to reach the bliss point.  In most people this creates addiction.  Once the addiction process begins, consumers will use every rationale to keep eating that food product.

What is processed food compared to whole foods?  Click the picture below to learn how to identify and incorporate a whole foods diet! 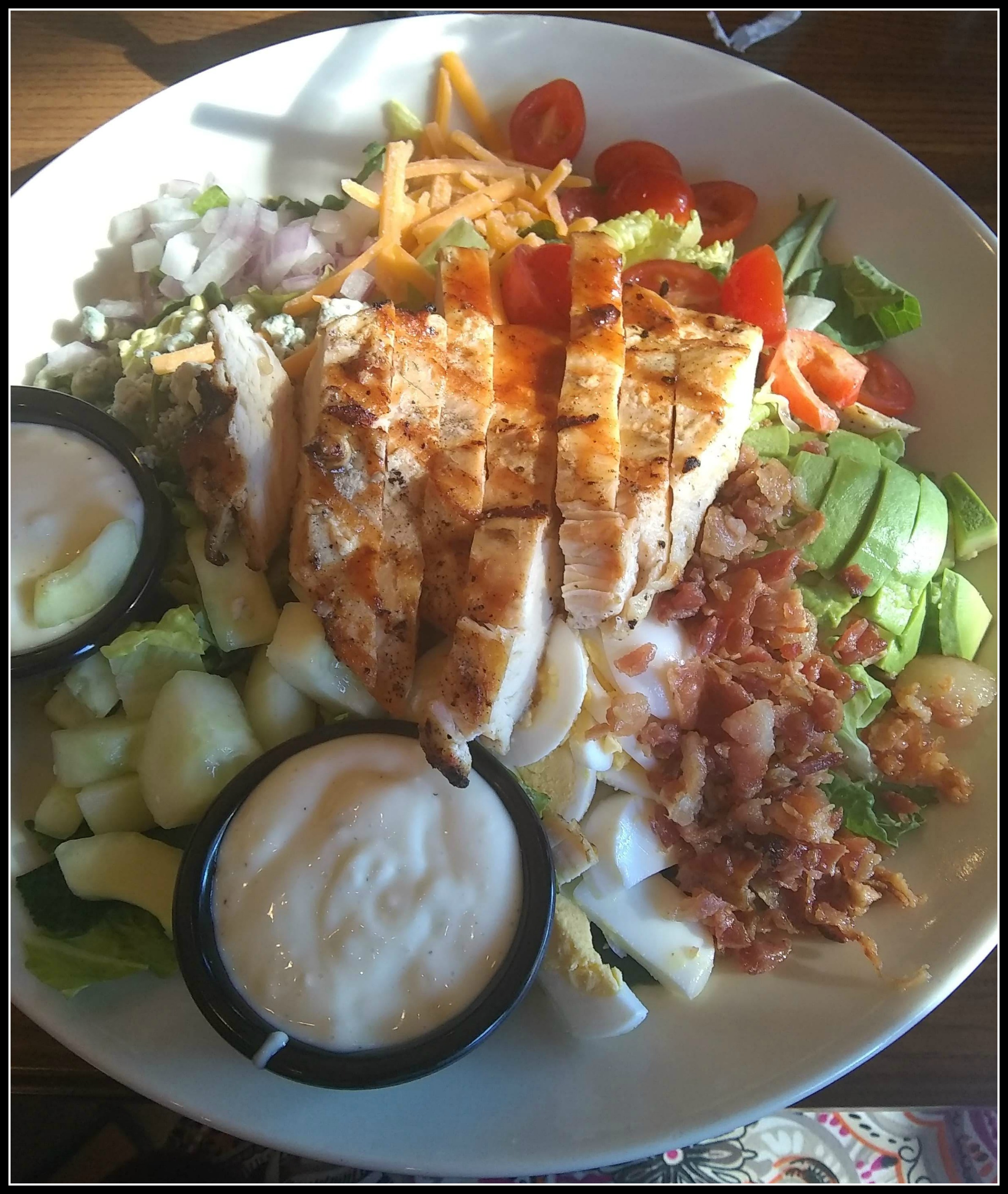 What is Processed Food Doing to Our Brains?

What is processed food addiction?  There are key elements in processed food that do not allow the brain to feel satisfied.  The satiety centers in the brain are tampered with because our brains do not understand these food substances.

I've personally watched very intelligent sugar addicts fight tooth and nail to keep their addictive foods.  And they become enraged at the mere thought of removing it.

To add to the problem of addiction, junk foods are inexpensive.
Click here to learn how to eat healthy on a budget.

Processed foods are loaded with dangerous levels of sugar.
Click here to learn how to eat a sugar-free diet.

Click here to learn how HFCS affects your liver.

The Processed Food Industry is an Incredibly Profitable Field

Food engineers use complicated mathematical equations to figure out how to get you hooked. And because food scientists are so adept at boosting profits for food suppliers, they have no trouble finding work.

For the first time in history, human beings are eating themselves to death. This problem is the direct result of food manufacturers using science to trick the brain into continuously eating. I do not believe that this extreme effect is their intent, but if you look at the death rates linked to obesity, they have a lot to explain.


It is impossible overeat like this on a whole foods diet.  Your system shuts down all by itself.


Read Sugar, Salt and Fat, How The Food Giants Hooked Us, by Michael Moss 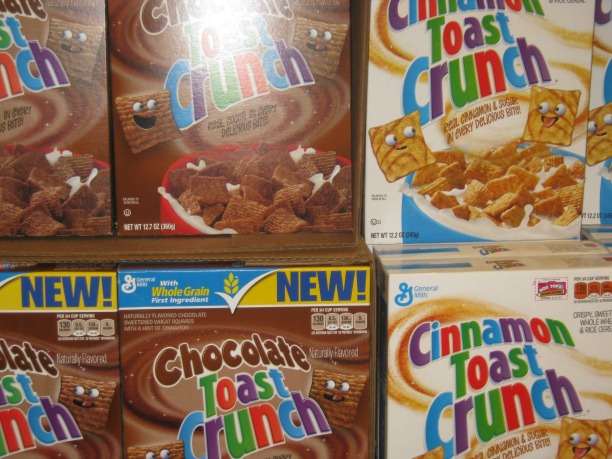 Melanie Warner, journalist and author of Pandora's Lunchbox, has done extensive tours of food processing plants.  She studied wheat, soy, cheese, and other types of processed foods.  The most disturbing depiction was commercial cereal.

Melanie Warner explains that cereal has an abnormally long shelf life.   During her tours at cereal processing plants, she observed that every ounce of moisture is removed from cereal products using heat of over 600 degrees.  The drying of cereal under these severe conditions prevents the cereal from going rancid.

Melanie Warner explains in great detail that cereal is processed using powerful gun puffing and extrusion machines.  This process is very damaging, and most nutrients do not survive.

Cereal is processed until it becomes a massive gray mass.  The gray mass is then formed into shapes like diamonds, stars, and other fun and exciting shapes that appeal to children.

The cereal is then injected with chemical dyes which magically turns this gray matter into green, red and other very bright colors.

When I read Pandora's Lunchbox to my young daughter, she was horrified.  We had one box of cereal in the house, and we both agreed to promptly throw it away.

Please avoid processed soy products like soy burgers, soy cheese and soy yogurt.  Soy has been proven to cause thyroid disease, endocrine malfunction and hair loss.  Please read our page on the dangers of soy.

What Exactly Are Twinkies?

Twinkies have been around for over 80 years, and are now a staple in the American diet.  In the early days of Twinkies, the shelf life was so short, food suppliers lost money.  In order to solve this problem, food scientists learned how to replace natural colors with artificial colors and modified corn starch.

A box of Twinkies will outlast their expiration date indefinitely.   They are virtually indestructible.  The reason they last so long is that they're not actually a food.  They are a synthetic food product.

Twinkie Deconstructed is a 238 page odyssey into the matrix of man-made chemicals that go into processing Twinkies.  Steve Ettlinger is an authority because he physically traveled to the areas where materials are mined for Twinkies' manufacturing plants.

In my humble opinion, if a food product takes 238 pages to explain it, it's a compelling reason not to eat it.  I highly recommend that you read this book, in particular if you're scientifically minded.  Be warned, I've read Twinkie Deconstructed twice, and I still don't fully understand it. 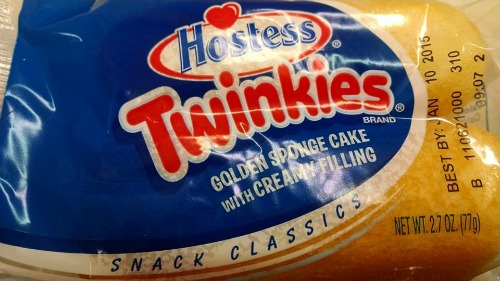 Not Everybody Likes Twinkies

On our Obese Nation video, a viewer from London stated that out of curiosity he bought Twinkies from a novelty shop.  He said that Twinkies tasted so horrible that he couldn't even unload them on the pigeons at Trafalgar Square.

Watch Obese Nation, created by The Healthy Diet Paradise.  We show an example of how most food baskets look in our neighborhood

What Are Processed Chicken Nuggets?

Chicken nuggets are made from mechanically separated meat byproduct and turned into poultry paste.  The processed paste that's used in chicken nuggets is taken from the parts of the chicken that is normally thrown away, like tendons, gristle and eyeballs.  The paste is treated with ammonia to kill any bacteria, and then to mask the taste of the ammonia, artificial flavorings and dyes are used to make it more edible.

Our popular hair loss diet does not permit processed foods.  There are certain exceptions to this rule, and you can eat minimally processed foods that will sustain and promote your hair growth.

There are processed foods that pass our hair loss diet test with flying colors.  When we're discussing healthy processed foods, we're talking about food with identifiable ingredients.  The food is still whole, and minimally processed.

Most of the ingredients are well within the guidelines of the hair loss diet.  There are companies that are health conscious and do an excellent job of filtering out harmful additives.  And this should be your goal when you're buying healthy processed food at all times.

We've proven on this page that processed cereals are nutrient deficient and grossly over-processed.   Click the video below to learn how to make your own nutrient-dense granola/cereal.  This granola is divine!  I made it, and my family loved it!

There are a ton of natural alternatives to Pop Tarts and heavily processed candy cereals.  Click here to study our breakfast planner that passes all of our guidelines. 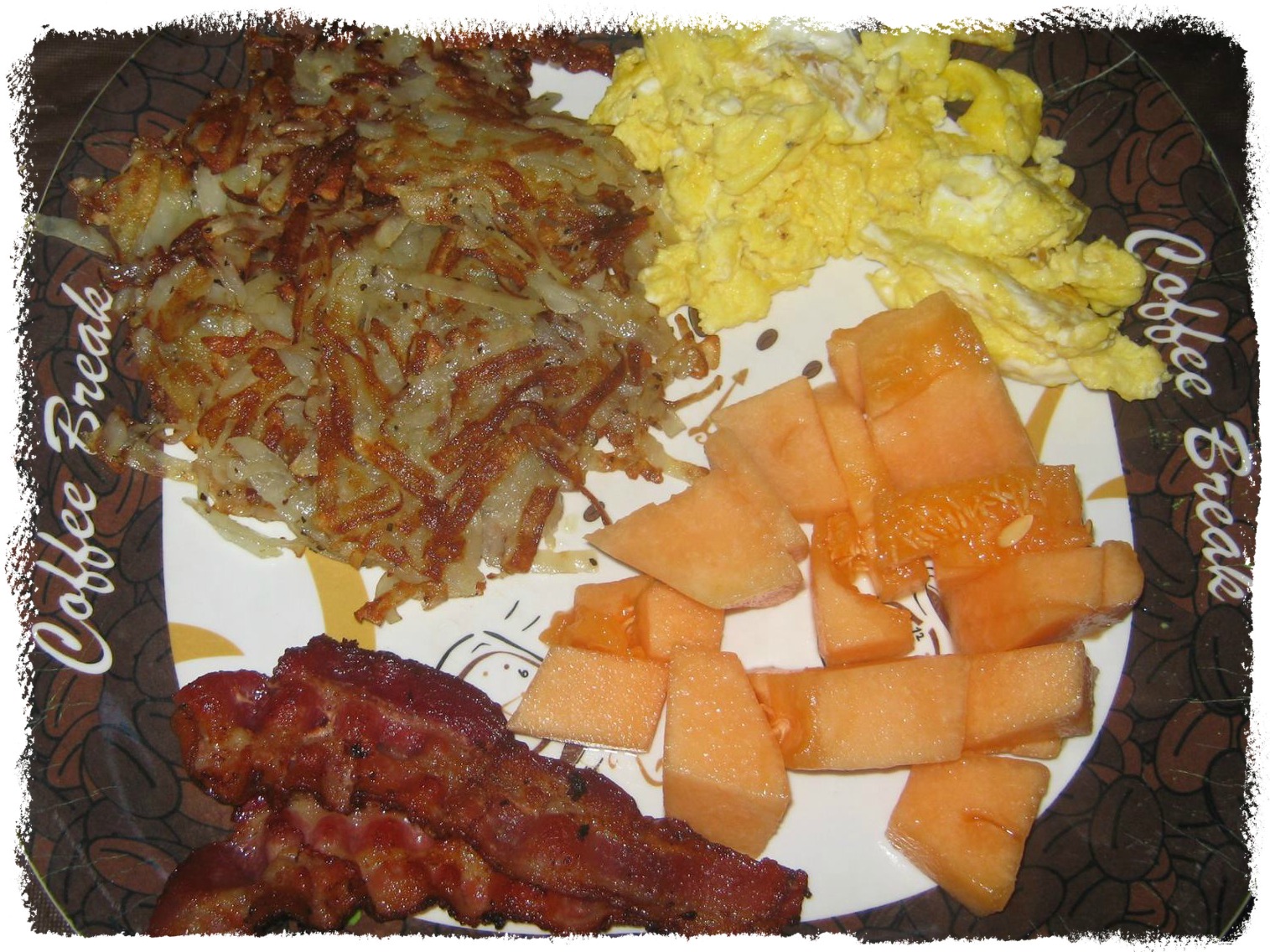 When our visitors remove processed foods, they experience dense regrowth.  Click the picture below to learn the science of natural hair regrowth! 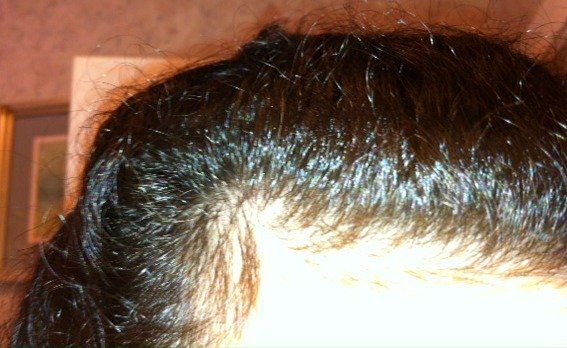 Processed food is closely associated with rapid aging.  Learn how to master diet to drastically slow down the aging process.  Click the picture below to learn more. 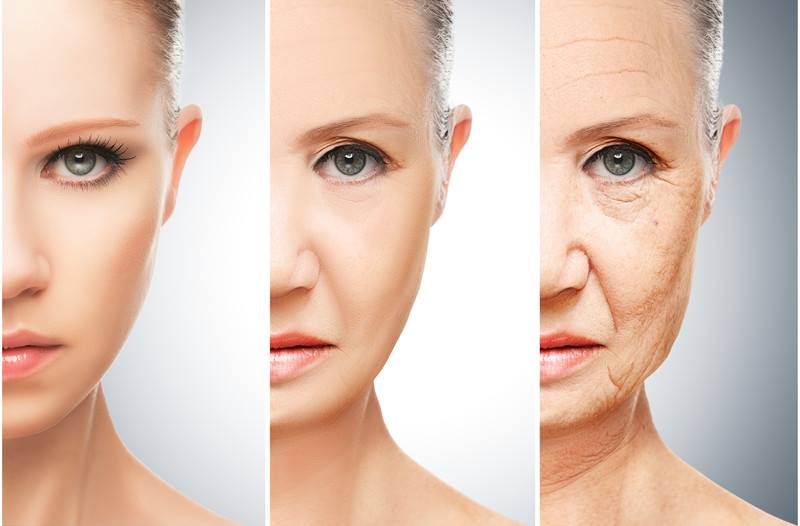 The Healthy Diet Paradise has proven that hair loss is primarily caused by a heavily processed food diet.  Click here to learn how to regrow hair with our step by step training video! 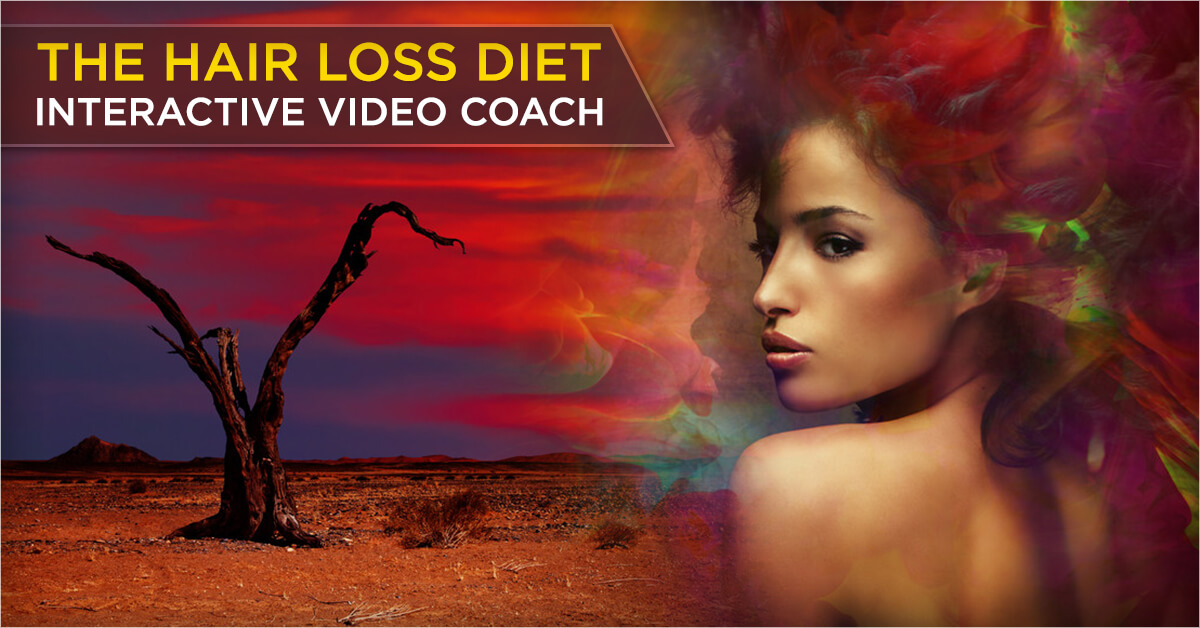 Soy is a primary ingredient, and is used in most processed foods.  Click the picture below to learn why soy is so dangerous, and why you should remove it from your diet. 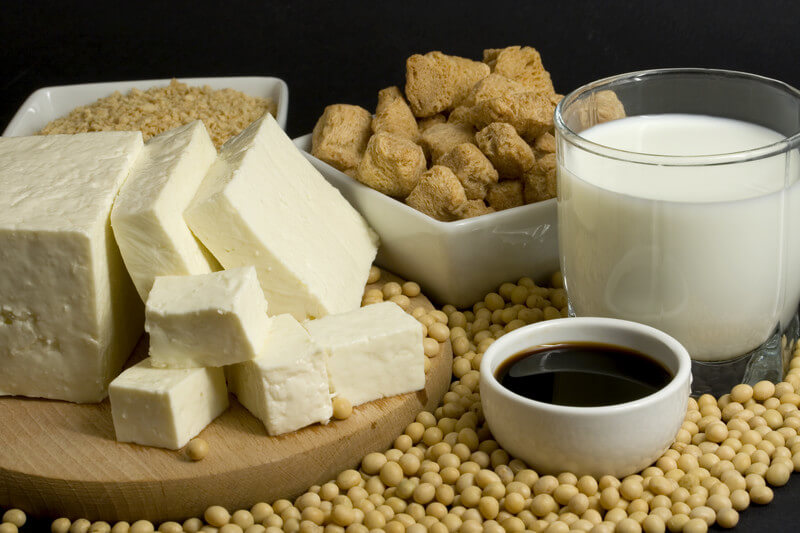 Sugar is another culprit for hair loss, weight loss, and many other types of diseases.  In order to be successful with our hair loss diet or weight loss concepts, sugar must be removed.  Click the picture below to learn more!

Watch Obese Nation below, created by The Healthy Diet Paradise.  We walk through a typical supermarket and show you up close the epidemic of processed foods.

The picture below shows food that was served in our school on the last day of class. This is the same type of food served for all of the classes that ended that semester. 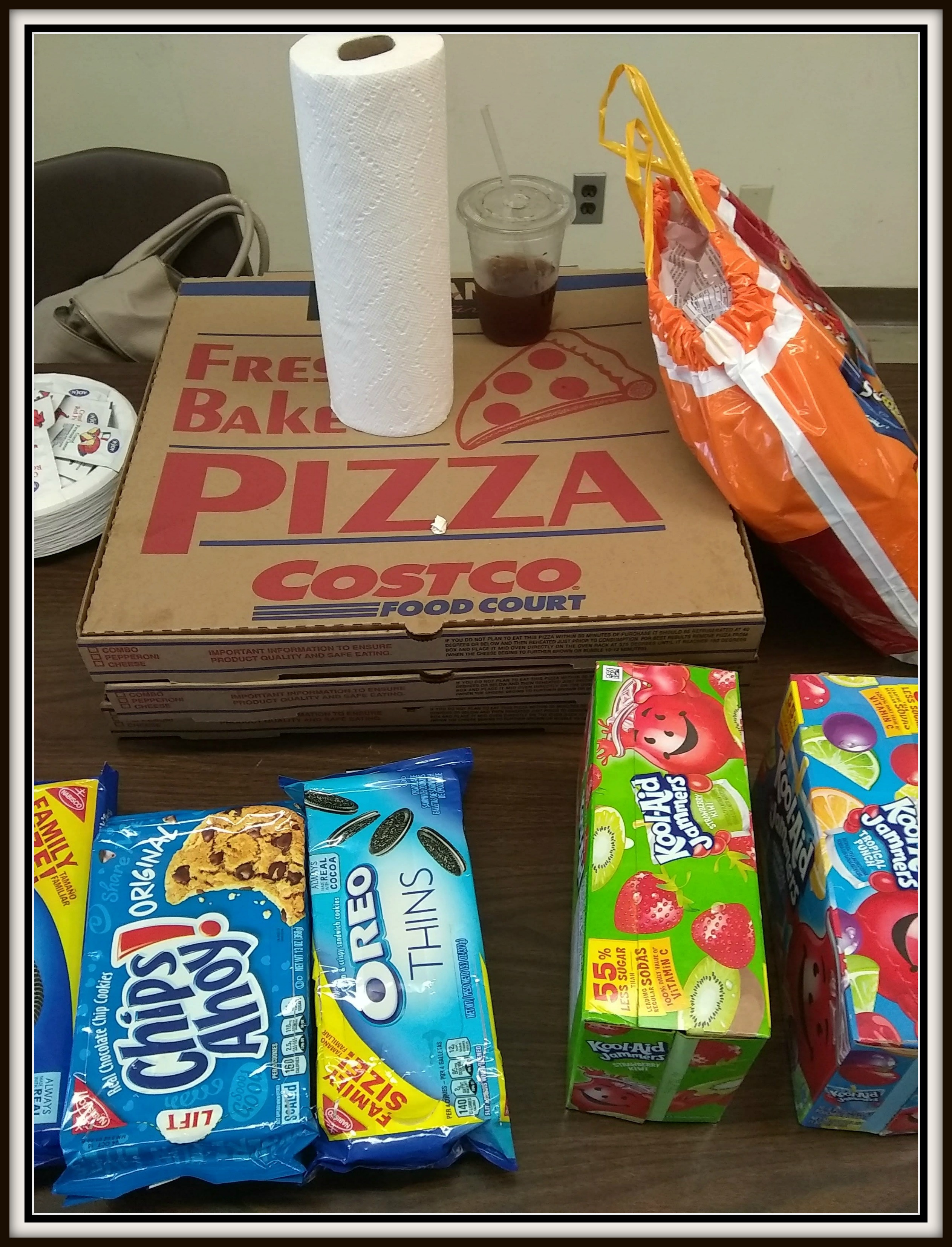